Dr. Timothy Wang is a leading expert in gastroenterology cancer research and patient care. His research specifically focuses on transgenic/ knockout mice, stem cells, lineage tracing, bone marrow-derived cells, and FACS analysis of immune/epithelial cells in the gut. His laboratory has for decades investigated the molecular mechanisms of gastrointestinal carcinogenesis, and has been continuously funded by the NIH for 29 years and by the NCI for 14 years. His lab has worked for many years on the role of inflammation in promoting gastrointestinal neoplasia, including colon cancer. His research has defined key roles for stromal cells in tumor development, including myeloid cells.

Dr. Wang is the GI Division Chief at Columbia and serves as Co-leader of the Tumor Biology and Microenvironment Program of the Herbert Irving Comprehensive Cancer Center. He also serves as director of the Columbia University NCI U54 Tumor Microenvironment (TMEN) program and directs the BarrettÃ¢â‚¬â„¢s Esophageal Translational Research Network (BETRNet) program and the Intestinal Stem Cell Consortium (ISCC) at Columbia.

In addition to his leadership at Columbia, Dr. Wang has served as President of the American Gastroenterology Association (AGA). His work has been recognized with numerous awards, including the Outstanding Investigator Award from the NCI, the Irene and Arthur Fishberg Prize for medical research, the Ruth Leff Siegel Award for pancreatic cancer research, and the William Beaumont Prize in Gastroenterology from the AGA. Over his career, he has organized numerous conferences, including conferences on Gastrin, Regulatory Peptides, AACR Symposium on Gastric Cancer, Tumor Microenvironment, and Keystone Conferences.

For existing patients, login to make an appointment, view documentation or contact your care provider. 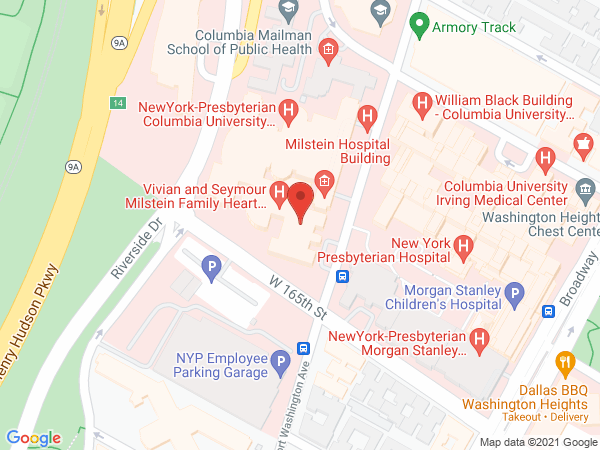 *Please contact the provider’s office directly to verify that your particular insurance is accepted.

My laboratory has for decades investigated the molecular mechanisms of gastrointestinal carcinogenesis, continuously funded by the NIH for 30 years and by the NCI for 15 years, currently funded by an NCI R35 Outstanding Investigator Award. My lab has worked for many years on the role of inflammation in modulating stem cells and promoting gastrointestinal neoplasia using mouse models. I have defined key roles for stromal cells in tumor development, including myeloid cells, ILCs and nerves. Our lab makes extensive use of transgenic/ knockout mice, stem cells, lineage tracing, 3D organoids, scRNA-seq and FACS analysis of immune/epithelial cells in the gut.

I am also GI Division Chief at Columbia, and Director of the GI/Pancreas Cancer Program and Tumor Biology and Microenvironment (TBM) program in the Herbert Irving Cancer Center. I served for over a decade as director of the Columbia NCI U54 Tumor Microenvironment (TMEN) program, and I currently direct the Barrett’s Esophageal Translational Research Network (BETRNet) program and the NIDDK UO1 Intestinal Stem Cell Consortium (ISCC) at Columbia. I am Past President of the American Gastroenterology Association (AGA), and recipient of the William Beaumont Award.

Over the past decade, my laboratory has increasingly focused on pancreatic cancer with several high-profile publications. Our lab has published frequently in high impact journals including Cell Stem Cell, Cancer Cell, Cell, Science, Nature, and Gastroenterology. I am the Research Director for the Pancreas Center; and have brought together basic and clinical investigators into a cohesive, translational program. I enjoy mentoring fellows and postdocs, having trained many on T32 and K grants. Our lab collaborates extensively with more than a dozen investigators at CUIMC, and many others worldwide.

Dr. Wang began his research career in the area of gastrin biology, and his research has continued to explore the role of gastrin peptides in diverse diseases including peptic ulcer disease, gastric cancer, and colorectal cancer. His laboratory was the first to generate gastrin knockout mice and to demonstrate using transgenic technology in vivo roles for progastrin. Most recently, he has demonstrated a role for progastrin and the gastrin receptor in modulating colonic stem cell symmetric division (J. Clin. Invest. 2009). He has been a leader in the field of gastrin biology, and his work in the field of gut hormones has included organizing the International Conference on Gastrin (1999) and the International Regulatory Peptide Conference (2002).

For a complete list of publications, please visit PubMed.gov